Synthetic Oils: Are They Worth the Extra Cost?

How Did Synthetic Oil Originate?

Though it was originally developed for high temperature use in jet engines, synthetic motor oil wasn't really popular in automobile engines until the late 1960s. A few scientists began working on synthetic blends early on, and then the development of synthetic oils was taken up on a grand scale by companies such as Chevron, Mobil 1, and Motul. Well before the use of synthetic oils, fats, such as those from whales and vegetables, were the primary source of lubricant materials.

However, with the advent of the jet engine, it became necessary to find a means of lubrication that
could withstand higher temperatures and still properly function; animal and vegetable fats were simply unable to meet this requirement. While many synthetic oils are petroleum-based, these blends do not contain the natural minerals that have a tendency to break down under high heat and long periods of use like those found in non-synthetic oils. Thus, problems such as oil oxidation and sludge buildup are easier to avoid by using synthetic oil blends.

While it's clear that synthetic oils perform better in demanding high heat conditions such as in jet engines (much less, in auto engines), it's also notable that synthetic blends offer advantages in colder conditions, as well. Because non-synthetic oils become thick and tend to “gum up” under cold temperatures, they require starters and batteries to work much harder when starting a cold engine. Synthetic oil, on the other hand, is not affected by colder temperatures and flows much easier at start up, thus prolonging battery and starter life. While starters and batteries are relatively inexpensive to 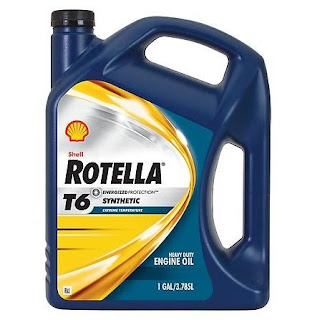 replace, it’s most likely worth it to spend a little extra on synthetic oil to avoid the unnecessarily expenses of around $150 on a starter and another $70-$100 on a battery.

One perceived disadvantage of synthetic motor oil is that it is more expensive than its non-synthetic counterpart. While the retail price is higher, synthetic oils are preferred in turbocharged vehicles, vehicles that tow heavy loads, race cars, or other vehicles used in any environment where extreme temperatures or extended engine use are present. This is simply because synthetic oils meet the high performance demands of these situations, and other oils don’t. As such, the extra costs associated with synthetic oil means a longer engine life in the long run, which translates into big savings. Also, synthetic oils can also be used for longer periods of time before being changed, which can translate into a cost-saving property of its own.

About the author: Since 1929, Keller-Heartt has provided vehicle fleets all across the USA with industrial lubricants, motor oil in bulk, oil absorbing pads, and more. Keller-Heartt offers competitive pricing and free shipping on select orders to select regions. View their product line at www.kellerheartt.com.
Share Share on Facebook Tweet Tweet on Twitter Pin it Pin on Pinterest
Back to News

Let customers speak for us

Keller-Heartt has a great website. I need as much time as possible to do my job. no wasting my time with KH.

GOES GOOD WITH A LITTLE VODKA!!! JUST KIDDING!! WHAT WE HAVE USED SO FAR HAS WORKED REALLY GREAT. THANKS!

Fast FREE shipping & a GREAT product that allows me to keep my parts washer clean for pennies on the dollar compared to Safety Klean's price for swapping out my drum (I don't have to lease thier drum or washer because I own mine). I used 1 55 gallon drum to service my parts washer 3 times.

Is there a way to return the empty container?